Twenty One Pilots have been steadily gaining fans since the release of their hit album Blurryface in May 2015. The Columbus based duo consists of lead vocalist, Tyler Joseph, and drummer Josh Dun. With a wide variety of styles and sounds spanning their collection it is difficult to place Twenty One Pilots in to one specific genre, leading many of their fans to label them as “schizoid pop”. Whether you like slow songs with a message, rap, fast songs that make you dance, or songs that will make you laugh Twenty One Pilots has a little something for everyone. I have decided to put together some interesting facts about Twenty One Pilots.

Twenty One Pilots is well loved for not only their music but for their message of hope. A core theme of many of their songs points towards their faith and beliefs. Joseph and Dun have both said that their purpose for making music is to make people think and to show them that they aren’t alone. This has lead to an outpouring of love from their fans sharing stories with them about how their music has helped them through difficult times in their lives. Joseph and Dun may both love to joke around and have fun but they take this aspect of their band very seriously.

While they continue to gain fans and inspire listeners with their music, what do we really know about Twenty One Pilots? I have compiled a list of twenty one facts about Twenty One Pilots that you may not have known. Some of these facts are about their music while others are about their favorite things, but all of them make us love them a little bit more. 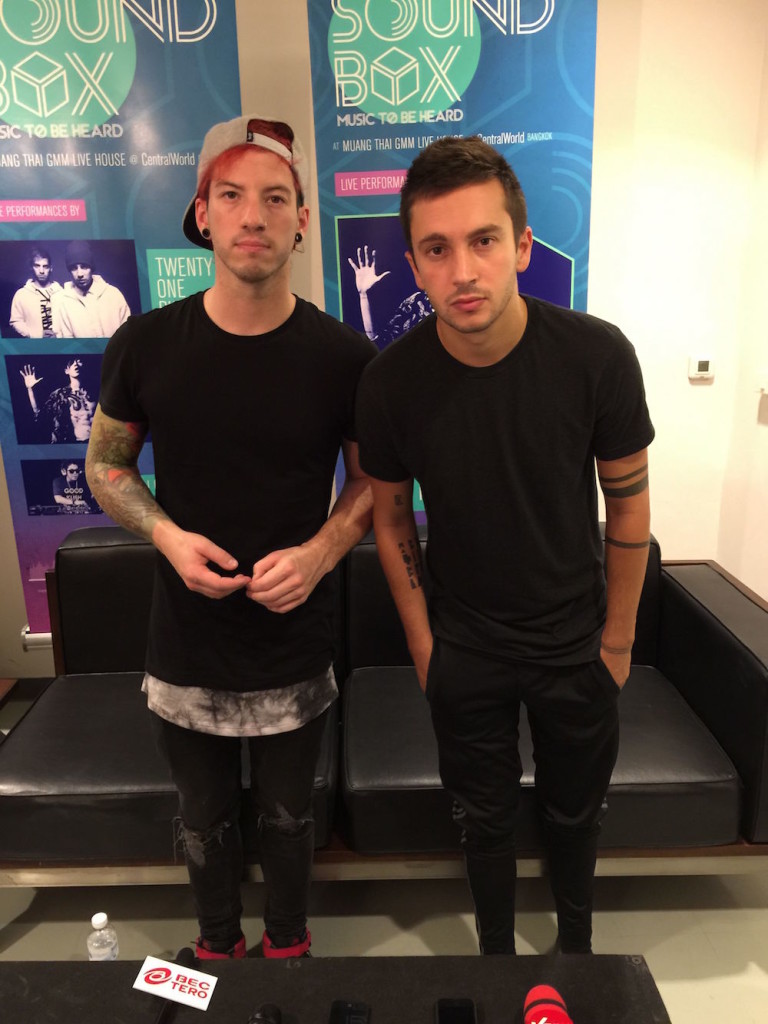 1. The group formed in 2009 and Blurryface, though their most popular release thus far, is actually their fourth album.

2. Josh’s personal favorite songs from their Blurryface album are “The Judge” and “Lane Boy”.

4. Tyler’s best concert moment was when they were playing a show but absolutely no one in the audience was watching them play because they were all watching a guy dressed in a gingerbread man costume crowd surfing (he says he didn’t blame them).

5. Josh’s favorite concert moment was when Tyler knocked over his piano when he jumped over it during a show.

6. Tyler loves video games and says that Melee for GameCube is “the best game of all time”.

7. Josh is not much of a gamer but says that he did play Zelda for 64 and also enjoys Tony Hawk games.

8. The duo has said that while they love getting to play bigger venues they really miss playing smaller shows because they feel that its a more controlled environment where they can really connect better with the fans.

9. Their faith plays an important role but they do. While they are both Christians they said that they never want to shove their personal beliefs in anyone’s face. They would rather share their faith by example than with words or with trying to force it on anyone.

10. The red armbands that they are known for wearing represent the character that they made up known as Blurryface, who is a representation of all of the things that people are insecure about.

13. Josh likes to listen to Cashmere Cat, Skrillex, and Diplo.

14. Tyler loves to listen to anything that Death Cab for Cutie puts out.

16. One of the most awkward situations for the duo is when they are recognized by a fan in the bathroom. They said that it is especially awkward, though, if the fan only recognizes one of them but not the other one.

17. Writing for the Blurryface album was a much different experience for the duo who now had a major label telling them what to do or not to do. They said that although they had this new hurdle to get over during the making of the album that they are very proud of the outcome because they managed to still stay true to themselves and what they love and are about.

19. Tyler came up with the name Twenty One Pilots after seeing the play All My Sons. In the play there was a businessman who was faced with the dilemma of taking care of his family by making a dishonest business deal or not making the deal and risking making no money. The man chose to sell faulty plane parts to some WWII pilots for the benefit of making money and twenty one pilots were ultimately killed as a result. The moral dilemma that the man faced was a huge inspiration to Tyler who then decided to incorporate it into the band name.

20. Twenty One Pilots have toured with several big named including Neon Trees and Walk the Moon. They have also opened for Fall Out Boy.

21. The band’s first album was released under the Columbus based label Fueled By Ramen.

Ten Things You Don't Know About Taylor Swift
Das EFX Share Their Thoughts On The Past, Present, And Future Of Hip Hop
Mumford and Sons Brings New Sound With Wilder Mind
5 Cities That a Music Lover Must See in His Lifetime
Indie Rock Artists Touring In 2016
The Story Behind Led Zeppelin's Most Popular Remake