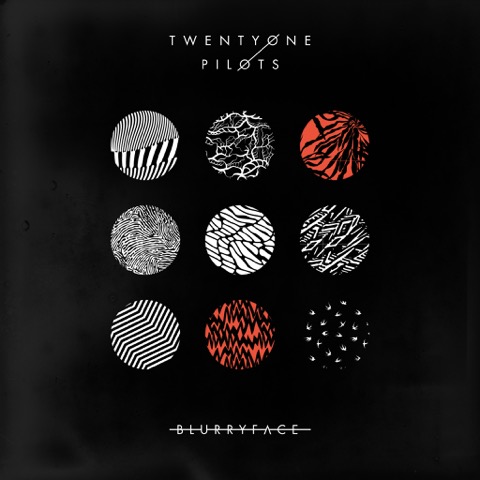 Twenty One Pilots  has bumped the Pitch Perfect 2 Soundtrack out of the number one spot on the Billboard charts this week with their fourth album, Blurryface. This is the second album to be released  by Tyler Joseph and Josh Dun under the Fueled by Ramen label after two self released albums by the duo in 2009 and 2011.  Their sound is reminiscent of The Naked and Famous, Matt & Kim, Hollywood Undead, and Kid Cudi with the writing styles of Ed Sheeran and Death Cab for Cutie.  With a mix of dance, electronica, and alternative rap, most of the songs on the album are upbeat but don’t think that that means they are all fun without a message. The band prides themselves on their poetry based lyrics – all of which carry a deep, personal meaning for the duo. 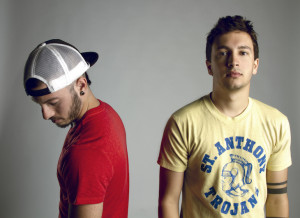 Don’t expect to be eased in to their style with the first track, Heavy Dirty Soul. The song comes at you like a fighter packing a punch. It hits you first with a heavy beat then takes you down with deep lyrical content and smooth vocals. The album is a roller coaster of sound. You will find yourself wanting to dance while listening to songs like Stressed Out and Tear in My Heart while songs like Lane Boy and Fairly Local will encourage you to slow down and think. By far the most heart wrenching song on the album is Goner, which will stop you in your tracks. Though many of their songs have a lighthearted sound the lyrics in every track are full of realness and soul. They tackle feelings and situations that many people can relate to, adding even more of a personal connection with their audience.

I went in to this album as a skeptic and came out a fan. There is such a wide range of talents portrayed throughout Blurryface. Both members of Twenty One Pilots have brought their best to this release . They have gone in to each song with a new feeling and sound in mind. There are really no two tracks that are alike. Lyrically this album has something for everyone, even if you are not a fan of their sound.  I believe that if they stick with their current formula of being able to experiment with their sound while staying unique and true to their vision this will be the first of many number one albums for this band.

Breaking Benjamin is Back And Better Than Ever
Rob Thomas Debuts "Trust You" Video
Twenty One Facts About Twenty One Pilots
Mumford and Sons Brings New Sound With Wilder Mind
Adam Levine Assaulted Outside of Hollywood Theater
Oasis Set to Reform, This Time Without Noel Gallagher