This Is Us has not only captured the hearts of its viewers but also ripped them apart a little with each new episode. This breakout series, starring Mandy Moore and Milo Ventimiglia, brings us in to the lives of its characters in a deeply honest and extraordinary way. You cannot help but to be drawn in by this show. Each character is beautifully complicated and real and every one of their stories adds a fresh outlook on some of the most timeless battles of the human condition. 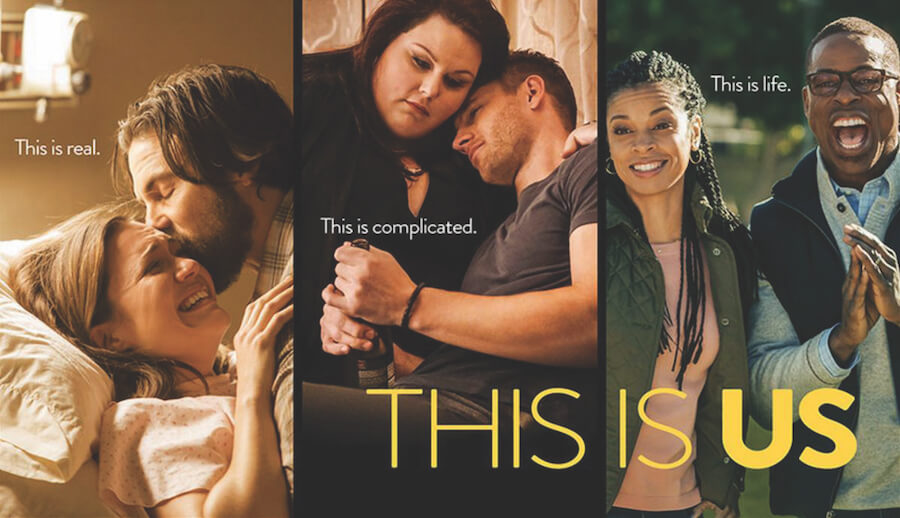 This Is Us is overflowing with laughter, tears, raw honesty, betrayal, forgiveness and sacrifice – all things that make for a great series. However, it takes so much more for a series to be truly great than just to have a compelling storyline and an incredible cast. One of the elements that is as much a part of the show as the characters themselves is the music of This Is Us. The show boasts a perfect and varied mix of songs by a wide variety of artists – both rising and known. Each episode is sprinkled throughout with musical selections that perfectly fit in to the rollercoaster of a storyline that viewers have come to expect from the show.

I have compiled a list of some of the songs that have been featured so far in the first season of This Is Us. I feel that these songs have best captured the overall feel of the story and brought the most to the scenes in which they were featured. They each added depth and meaning to the story and helped to make some of the standout moments of the first season that much better.

This Is Us Season One Music Overview

This song was released by Damien Rice via digital download and 7″ vinyl on November 27, 2006. It was the first single off of his album titled “9” which went on to be certified gold in the UK. This Is Us used Katherine Crowe’s cover of the song for the series pilot episode. Crowe’s captivating voice combined with the incredible piano intro and background throughout the song makes it one not to be missed.

I completely fell in love with this song and it is by far one of the most fun and upbeat tunes to be heard in the first season of This Is Us. The scene that it was used in always makes me smile. The song was also featured on the show Hawaii Five-0. The use of trumpets throughout the song also makes it an upbeat winner.

This is one of the if not the oldest song featured in the first season of the show. Jackson C. Frank released “Blues Run the Game” in 1965. It has gone on to be covered by a wide variety of artists including Johan Asherton, Simon and Garfunkel, Sandy Denny, Counting Crowes, and John Mayer.

Alexi Murdoch is no stranger to having his music featured on shows. His television credits include being featured in a long list of shows The O.C., House, Prison Break, Ugly Betty, Ladder 49, Greys Anatomy, Scrubs, Without a Trace, and many more.

This is the most controversial song featured in the first season of This Is Us. Lowell George of Little Feat always introduced the song in concert as the reason why he was kicked out of Frank Zappa’s band Mother’s Invention due to it’s line “weed, whites, and wine” referencing drugs. The live setting also makes it a karaoke favorite… as long as you have a good karaoke machine to use.

Wilco has long been one of the most well loved and well received alternative rock bands. It was no surprise to me to hear their music featured on this show. It was the perfect addition, as to be expected from this band.

This song was featured on Cat Steven’s 1971 Teaser and Firecat album release. Rolling Stone praised The Wind as being the most introspective song on the album.

Not much is known about Broken Anchor or Brad Gordon that I was able to find. Broken Anchor was formed in 2012 by Austin Hartley-Leonard. The band is currently based out of Los Angeles. I’m looking forward to hearing more from them in the future.

Maria Taylor said that she rediscovered this song unfinished on an old hard drive and decided to complete it. And we are so glad that she did! This was one of the my favorite songs to be featured in the first season of This Is Us.

S1Ep10: “Only At Christmastime” – Sufjan Stevens

Sufjan Stevens opened the pilot episode of This is Us with his song “Death With Dignity” so it was only fitting that he would close out the mid-season finale. If you love this Christmas song as much as I do then you will want to dig in to his “Songs for Christmas” album.

This Is Us airs on Tuesday nights at 9pm on NBC.